IIT Gandhinagar has developed a reputation for thinking outside traditional disciplinary boundaries, experimenting with various facets of education and fostering a culture of free inquiry and innovation. Exposing students to the diverse forms of India's cultural expressions is one of the distinctive features of an IIT Gandhinagar education.

In an effort to institutionalize some of the most successful curricular and extracurricular initiatives on cultural expression, IIT Gandhinagar has established Maulana Abul Kalam Azad Chair in Urdu.

The Chair will enable teaching of language and literature courses on Urdu through a full-time instructor. In addition, eminent scholars of Urdu will be invited to the Institute as visiting professors or scholars-in-residence for lectures, seminars and other scholarly endeavours. 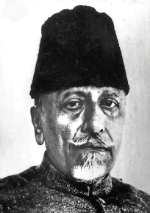 Maulana Abul Kalam Azad (November 11, 1888 - February 22, 1958) was an eminent Indian scholar and leader of the Indian National Congress during India's struggle for independence. He was independent India's first Minister of Education, a renowned scholar, debater, journalist and poet. He is fondly remembered as Maulana (Our Master) in recognition of his unmatched wisdom. Speaking at a conference of All India Education on January 16, 1948, he famously said, "We must not, for a moment, forget that it is a birthright of every individual to receive at least the basic education without which he cannot fully discharge his duties as a citizen." He was the architect of the policy of free primary education in India. He played a key role in establishment of Indian Institutes of Technology and the University Grants Commission. To celebrate Maulana's legacy, who strived hard all his life to eradicate illiteracy and restore India to a position of intellectual eminence, his birthday is observed as 'National Education Day' across the country since 2008.

Mrs Hamida Banu Chopra has established a generous endowment to support Maulana Abul Kalam Azad Chair at IIT Gandhinagar. Mrs Chopra who holds a MA in Philosophy from Udaipur University (1961) and Abeed Kamil from Jamia Urdu Aligarh University (1971), has taught Urdu at the University of California at Berkeley and at IIT Gandhinagar. She has published several English translations and lectured extensively on seminal Urdu poets, such as Sahir Ludhavni, Ghalib, Faiz Ahmad Faiz etc.