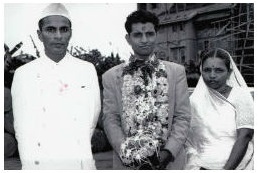 Mr Navin Doshi and Mrs Pratima Doshi of Los Angeles, California, have established a chair in water and sanitation in honour of Mr Navin Doshi’s parents, Smt Kanchan and Shri Harilal Doshi. The Kanchan & Harilal Doshi Chair supports research at IITGN on water purification and sanitation problems, including potential desalination solutions to harvest ocean water as the country has a vast coastline. The Chair is expected to identify and initiate research and develop cost-effective and sustainable technologies/solutions for water purification and sanitation. 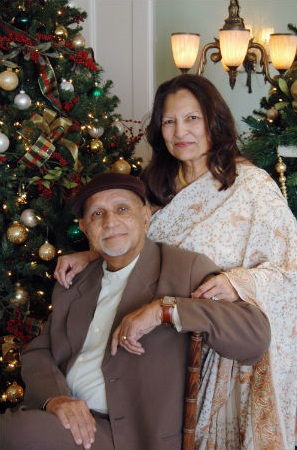 Navin Doshi, who grew up in Mumbai, is a graduate of Puna Engineering College and the LD Engineering College of Gujarat University, and holds a Master’s degree in Electrical Engineering from the University of Michigan, Ann Arbor. He worked as an Aerospace Engineer at TRW (now Northrop), where he was the recipient of NASA awards and US patents. He also ran highly successful businesses with his wife Pratima. Navin and Pratima are generous philanthropists who endowed the Doshi Chair of Indian History (now migrated to Indian Archaeology) at University of California at Los Angeles, a Professorship for Indic Traditions at Loyola Marymount University and contributed substantially toward the Haridas Chaudhuri Chair in Indian Philosophies and Cultures and a professorship in Asian Art at California Institute of Integral Studies (CIIS) in San Francisco. Navin Doshi is former chairman of the National Advisory Board of Ekal Vidyalaya Foundation of America and has sponsored and participated in the promotion of several cultural and educational projects on South Asian spiritual traditions. He was conferred the Hindu Vibhusan Award from Pravisi Bharati in 2001 and the Doshis were honoured with the Exemplar award for philanthropy by South Asia Studies Association (SASA) in 2016. 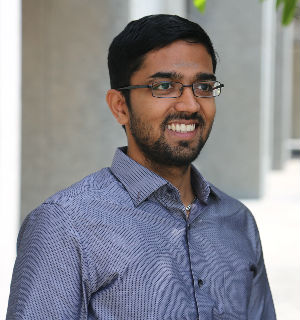 Dr. Jaichander Swaminathan is an Assistant Professor in the Mechanical Engineering Discipline at IIT Gandhinagar. He graduated with a Ph.D. from Masschusetts Insitute of Technology, USA, majoring in Energy Sciences. Thereafter, he spent one year as a post-doctoral associate affiliated with the Tata Center for Technology and Design at MIT.

Jaichander’s research interests have been in the areas of thermodynamics and heat and mass transfer. He has co-authored 20+ journal articles in the areas of energy efficient design and operation of desalination processes, renewable energy technologies, membrane fouling and degradation, and decision making under uncertainty, and has two issued patents and two applications under review. He has received several awards such as MIT Carl G. Sontheimer Prize for Creativity and Innovation in Design, IIT Madras S.R.I Endowment Prize for Best Interdisciplinary B.Tech project, US B.O.R. Innocentive More Water Less Concentrate Challenge prize, and best presenter and poster presentation awards at international water/desalination conferences.

Jaichander hails from Chennai, Tamil Nadu, where he completed his schooling as well as Bachelor’s degree in Engineering from IIT Madras. At IIT Gandhinagar, he is affiliated with the Dr. Kiran C. Patel Center for Sustainable Development, and acts as the IMS web system liaison for Academics and Student Affairs departments. In his free time, he likes to explore Sanskrit and Tamil literature.