IIT Gandhinagar has setup this faculty chair in honour of Smt. Jibaben Patel through a donation by his son Dr. Jagdish Patel.

The Jibaben Patel Memorial Auditorium is a 300 seat auditorium at IIT Gandhinagar, which is used for classes and to host major events at the Institute. 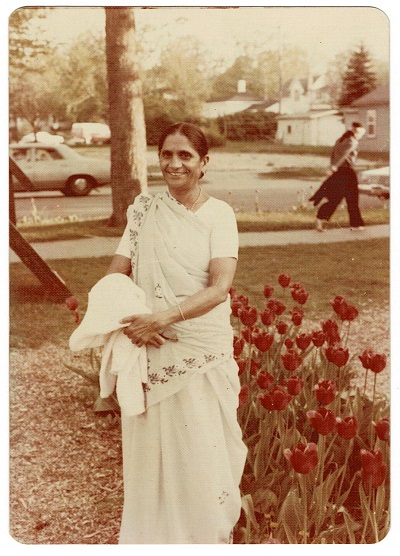 Smt. Jibaben Patel was born in 1910 in a small village near Khambhat. She barely had the opportunity to finish her primary schooling. She was married at the age of 15 and soon left for East Africa in a dhow, a small sailboat, with her husband.

Since they were one of the early Gujarati pioneers, she and her husband welcomed numerous Gujarati immigrant families to their home, providing free lodging and assistance until the Gujarati immigrants could find jobs to support themselves. Many of them were very grateful for the unconditional support provided by her during those difficult years. This desire to help the less fortunate was also apparent through her donations to numerous charity organizations. Nobody left her home on an empty stomach.

A spirited and friendly woman, she raised six children who were all very successful. She always inspired others to work hard, be fair, and kind. She was a person for all ages, child with a child and an adult with an adult. She emigrated to USA in her sixties in 1974, where she passed away in 1999. 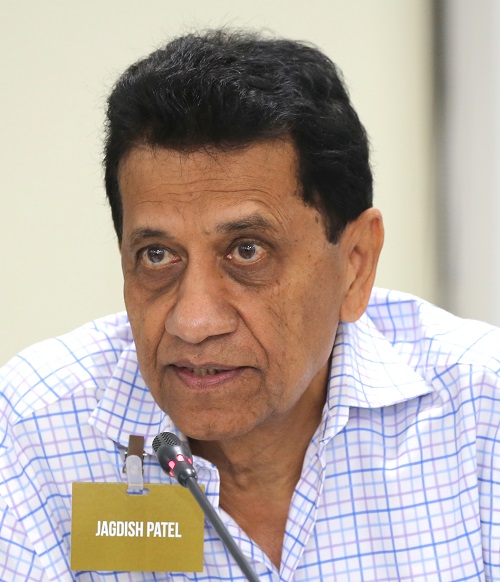 Dr. Jagdish Patel was born in Kampala, Uganda of East Africa to parents whose roots lied in small villages surrounding the town of Khambhat. He went to M.S. University of Baroda and graduated from Baroda Medical College in 1967.

Jagdish Patel was born in Kampala, Uganda of East Africa to parents whose roots lied in small villages surrounding the town of Khambhat. He went to M.S. University of Baroda and graduated from Baroda Medical College in 1967. He returned to Kampala where his family lived and interned at a local university hospital. He emigrated to USA in 1970 for his internship and residency in radiology. He did a fellowship in Ultrasound in Philadelphia and was assistant professor of radiology at Thomas Jefferson University Hospital. He went into private practice in radiology, starting with the Memorial Medical Center of Long Beach in Long Beach, Calif., in 1978. His radiology group, through mergers, became the largest radiology group of almost 95 radiologists in California covering nine hospitals and multiple imaging centers in Los Angeles. He became Chairman and Medical Director at Long Beach Memorial Medical Center, a large medical center of nearly 660 beds. During his active professional carrier, he was involved in several other successful business ventures and continues to do so post retirement.

He is currently dedicated to improving the quality of health and education in India. He has adopted some schools in India, visits them frequently, spending time in schooling activities. He also stresses non-academic aspects, such as personal cleanliness, public hygiene, public speaking and communications, women empowerment, etc. He has also contributed to the efforts of broadening the scope of services provided at Cardiac Care Center Hospital of Khambhat.

He is married to Harsha and has two daughters, who are attorneys, and a son, a radiologist, who all live in the metropolitan Los Angeles area. 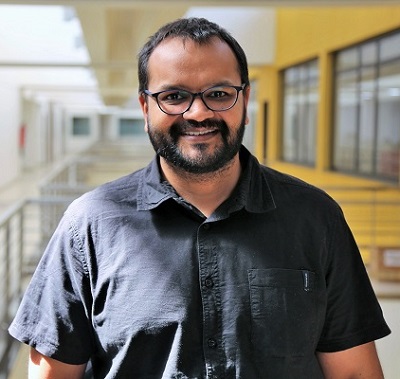 Pratik Mutha has been on the faculty of IIT Gandhinagar since November 2013 in the department of Biological Engineering and the Center for Cognitive and Brain Sciences. He received his PhD from Penn State University and then had a 4-year postdoctoral stint at the New Mexico Veterans Affairs Healthcare System before returning to India to join IITGN. He was also a Ramanujan Fellow (Department of Science and Technology, Government of India) from 2014 – 2018.

Pratik’s research interests broadly lie in understanding the neural control of human movement, and the disruption of this control in patients with neurological damage. This research informs the development of novel rehabilitation strategies for improving movement deficits in such patients. Pratik leads a multidisciplinary team that address a variety of questions in this area by combining approaches from engineering, neuroscience and psychology.

Pratik was the Associate Dean for Faculty Recruitment from 2014 – 2017, and the Dean of Academics from 2017-2020 at IITGN. He leads the institute’s Maker Bhavan initiative. He likes strolls on the beach, but dislikes candle-light dinners, even if they are on the beach.