IIT Gandhinagar has setup a faculty chair in honour of Late Shri Bakshirambhai S Gelot through a donation by his son Shri Gordhanbhai B Gelot. 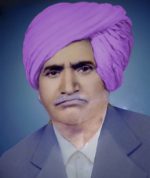 Shri Bakshirambhai S Gelot was a self-made successful farmer who was extremely passionate for education, born to a humble family of farmers in Deesa, Mr Gelot was deprived of formal education in his childhood. Led by his passion for education and knowledge, Mr Gelot as he grew up, found himself in company of educated people from whom he learnt how to read and write in Gujarati, His admiration for education and knowledge, made him promise to himself to provide the best education to his children. backed by his perseverance, Mr Gelot gradually established himself from a wage earner to a successful entrepreneur dealing with farm products. 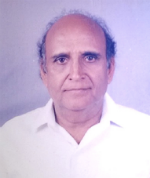 Shri Gordhanbhai B Gelot, has a post graduate degree in Industrial Microbiology from Gujarat University. He has been running a Small Scale Industrial (SSI) unit for ready-to-use clinical microbial analytical tools at GIDC Industrial Estate in Umargam for the last 44 years. Prior to setting up the SSI, Shri Gordhanbhai B Gelot has also worked with American and French pharma multinational corporations. 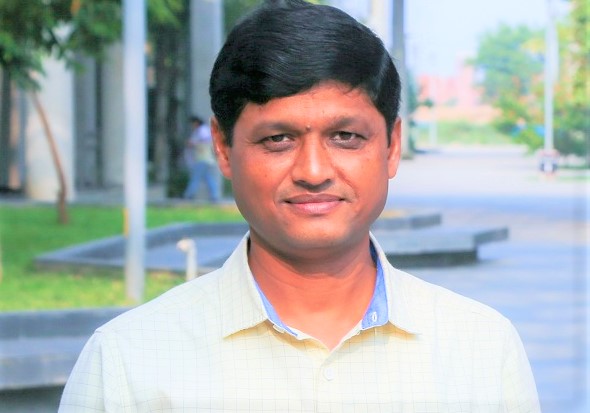 Dr. Chinmay Ghoroi is an Associate Professor of Chemical Engineering at Indian Institute of Technology Gandhinagar. His research interest includes surface engineering, drug delivery, fine particles and powder processing including powder reactions for materials applications. Dr. Ghoroi established state-of-the-art research facilities in the area of Powder Technology. He played a crucial role in setting up a Centre for Safety Engineering which is very unique in the IIT system and also conducted several International Conferences, Workshops/Symposiums on safety to promote a culture of safety in the society. To push the interdisciplinary and industrial research at IIT Gandhinagar, Dr. Ghoroi established a Common Research and Technology Development Hub (CRTDH) on Chemical Processes with generous support from DSIR and IITGN. He is also principal investigator of several industry-academia joint research projects including one project under Uchhatar Avishkar Yojana (UAY), a scheme under MHRD (Govt. of India).

Dr. Ghoroi received his Bachelor of Science (B.Sc.) with Honors in Chemistry (1995) and Bachelor of Technology (B.Tech) in Chemical Engineering (1998) from the University of Calcutta. He received Master of Chemical Engineering (M.Ch.E) from Jadavpur University (2000) and Ph.D. in Chemical Engineering (2008) from Indian Institute of Technology Bombay. He has published more than 30 International peer-reviewed Journal papers and more than 40 Conference papers. He also served as the Guest Editor of the Journal of Loss Prevention in the Process Industries (Elsevier) during 2014-2015 and 2017-2018. Dr. Ghoroi was a Visiting Scholar at Texas A&M University (Mary Kay O’Connor Process Safety Center) in 2013 and New Jersey Institute of Technology (Otto H. York Department of Chemical and Materials Engineering) in 2010. He also worked in the industry for 5 years before joining IIT Gandhinagar. Dr. Ghoroi is a Senior Member of American Institute of Chemical Engineers, Member of the Environment Committee of Gujarat Chamber of Commerce & Industry and Member of Board of Studies (Chemical Engineering) of Nirma University. He has received several awards such as The Excellence in Research Award from IIT Gandhinagar (2016-2017), The Excellence in Institute Building Award from IIT Gandhinagar (2013-2014), Employee Excellence Award (SIM4ME Thermodynamics Pride Award) from Invensys Process System, Hyderabad (2008) and R.G.Manudhane PhD student Excellence award (Best PhD Thesis Prize) from IIT Bombay (2008).